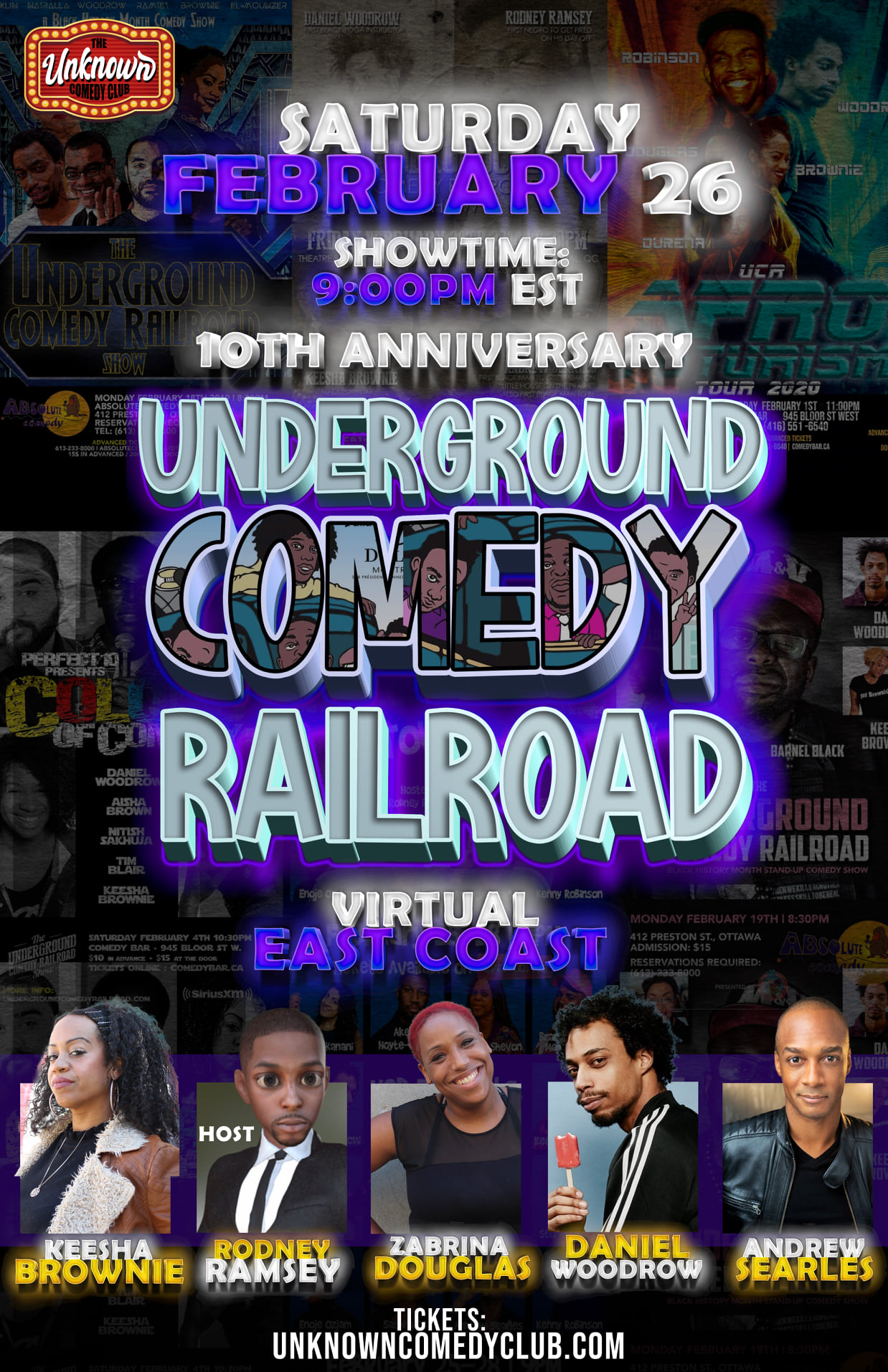 The Underground Comedy Railroad Tour is Canada’s first all Black Canadian comedy tour, which began in 2012. This stand-up comedy album, recorded live in December 2021 at Comedy Bar in Toronto, will spotlight four hilarious performers who were key players in the legacy this tour has created over the past decade. Underground Comedy Railroad features magnetic and memorable stories from these top comics.